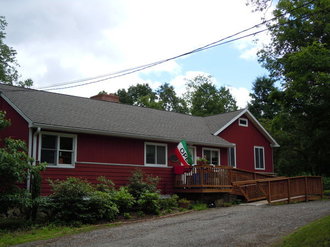 The Monroe Food Pantry received proceeds from last years race
The Sprint for Monroe would not be possible without the help and support of its sponsors who help make it such a memorable community event. The ongoing title sponsor, The Kimball Group, will be joined by more than 30 local businesses, who support the Sprint for Monroe with donations of cash and/or prizes.